Excerpt fromThrough the Front Gate.  With the drowning we are receiving from Hurricane Florence, I thought about a flood and the weather “bullets” we have dodged here in the foothills of the Blue Ridge.  Enjoy.

We are fifteen feet or more above the closest water, a shallow stream, but we are drowning.  I had an idea how the victims of sinking ships felt as they fought their way to the upper decks, in the dark as a river of water hit them in the face.  According to legend, a ragtime band played “Nearer My God to Thee” as the Titanic went to her watery grave taking some fifteen hundred passengers and crew with her.  The good news is that there were only two of us drowning.  The bad?  Linda Gail was singing hymns and one could have been “Nearer My God to Thee.”  (Actually, the band probably played “Autumn” but that doesn’t fit my story does it?)

Over our thirty years living at “Hemlock Hills” we’ve lived through bad weather and managed to dodge a few bullets…or tornadoes.  Not long after we moved in a twister took down a huge pecan tree which in turn took down several black walnuts along with the power to the house.  I had noted how green the clouds were and how calm, yet oppressive the air felt right before Linda Gail and I, along with three terrified puppies, made for the “perceived” safety of our hallway.

The pecan landed close enough to the house that we just stood outside shaking our heads in disbelief.  A few days later an ancient black walnut weakened by the storm fell into Highway 11 taking our power again before blocking the highway for several hours.  We sold the downed trees for the cost of removal to a self-employed contractor friend who, a couple of years later, sold them back to us in the form of flooring, cabinets, and countertops when he was hired to renovate.  Funny, I remember paying a lot more for the wood we got back than he paid for the trees originally.

Speaking of renovations, the day before ours was to begin we had a particularly violent thunderstorm that seemed to send lightning bolts bouncing off of our metal roof but never knocked off our power.  After a power outage, I always had to go prime our old pump.  I couldn’t understand why we had no water and remember repeating a silent prayer, “Lord please don’t let it be a lightning strike” over and over again as I made my way into the woods.  Sometimes you get exactly what you ask for.  The stream that fed our cistern came out of the ground from under a huge oak tree before being captured in a brick cistern.  A tornado twisted the old oak into kindling but not before landing it on top of our pump house and cistern, crushing them both.  Renovations were delayed for two weeks as we drilled a new well…one a bit closer to the house that never needs priming.

A third tornado hit us in 2012 and again we sorta dodged a bullet.  I went out to get my bike off of my car and noticed how still and tropical the air was along with the green-tinted clouds, “Deja vu” again.  I heard the sound of a freight train coming over the mountain behind us and ran for cover.  The wind portion of the storm was over in about thirty seconds although it rained for several hours.  We had dozens of trees down in the ravine behind us but only two were in the yard and only one had hit anything important, an outer building opened up like a tin can.  Luckily most of the contents were unhurt but Linda Gail was again singing hymns.  We didn’t even know we had been hit until the next morning when our puppies began to bring trash in from a flattened trash can.  My neighbor and nearby Lookup Lodge were hit much harder.

As scary as those tornadoes were, they were not as scary as the Great Flood of 2001.  This summer day was like any other summer day; hot, humid with air so heavy it seemed to envelop you like a wet, wool blanket.  In the nineties, both the temperature and humidity, it was the day that we were having our roof replaced.  The old metal shingles were in bad shape and we were replacing them to match the green metal sheets on the newer addition.  Big mistake.

The “good old boy” crew hired to do the job did not get finished…probably too many water breaks but that is unfair.  Before leaving for the day, they covered the open part of the roof with tarps assuring us they would be back first thing in the morning not knowing that first thing in the morning would be about one A.M. and also not knowing we were about to get six inches of thunderstorm driven rain in FIFTEEN MINUTES!  I hope it was the storm of the century because if it was not….

We learned the difference between “water proof” and “water resistant” that night but in all fairness to “water resistant,” I don’t think “water proof” could have withstood enough water to fill a swimming pool dumped on top of your house all at once.  I was also reminded how cool “under fire” Linda Gail is…despite singing “Shall We Gather at the River” or “Showers of Blessing.”  I remember dropping the “ladder” that leads to the attic and getting a face full of wind-driven rainwater for my trouble.  Over the course of the next “lifetime”, we yelled at each other angrily, cried, and alternately cursed then prayed.  Somehow we got the attic contents moved to the dry side of the attic and tarps down over the floor.  All the while Linda Gail sang hymns while looking like a drowned rat.

Her hymn singing and praying must have worked because as I look back into the fog of time, the damage was minimal.  Insulation gets really yucky when it gets wet and has to be removed, the wall paper in Ashley’s upstairs bedroom had to be redone in places and there are still water stains on the old parlor walls underneath.  We call it character.

I’m sure the old blown insulation washed to the bottom of the exterior walls.  The “good old” boys from Pickens rushed back and by two AM had “waterproof” tarps in place that they had purchased from an all-night Walmart.  I smile at the memory of my wife, mad as a “wet hen” at the “boys” one moment, full of concern and fear the next, as they battled high winds, lightning, and thunder, in the dark and on a metal roof while getting the new tarps into place.  I also smile at the “hang dog” looks and repeated apologies from the “good old” boys from Pickens.

I am experiencing this “flood” of memories because we are having a heavy late afternoon thunderstorm.  The last time I went outside I knew we were primed to get one.  Hot and humid with the air full of mosquitos, the only question was when not if.

Our “weather dog,” Tilly, is letting us know a storm is eminent.  Lightning is crackling, thunder booming and a puppy dog shivering as Linda Gail sings to her.  No hymn this time, it’s more along the lines of “Hush Little Puppy Don’t You Cry.”  We have dodged a bullet again.  No high winds or hail, just copious amounts of rain.  I see I have to clean out a gutter tomorrow morning.  I am happy not to be embracing Linda Gail while saying “You know It could have been much worse.” 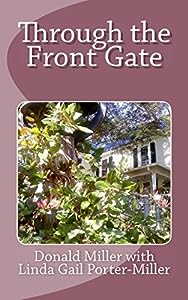 The image came from http://www.mdpparish.com/2014/09/stem-cell-issue-throws-cold-water-on-ice-bucket-challenge/ who probably got it from somewhere else.