Or as is said ’round heah, Vienners…a somewhat heavy accent mark on the “ners”.  “Vi-en-NERS”.  Some of us end words with “er” that don’t require it, like yeller instead of yellow.

If you are North American and happen to find yourself in Germany with an intense hankering for a Vienna sausage…and, if you can actually get a vendor to understand your Southern accent, you’re probably not going to get what you are expecting; a “baker’s” half dozen of two-inch or so sausages in a jelly-like substance, all contained in a small can with a pull tab.  I remember when you had to us a “key“ to open the top of the can by inserting it into a metal band you twisted off.  Lawd have mercy if the little band twisted or broke, you might starve to death. 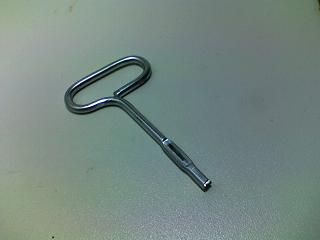 What you’re going to get in Germany is a long, slender sausage that we Nordamerikanisch would call a skinny hot dog wiener.  They are called Wiener Würstchen in the Germanic states.

I’m sure, by now many who haven’t clicked to a more interesting post are wondering, “What the hell is he babblin’ about.“  A better question might be “Why is he talkin’ about whatever the hell he is babblin’ bout?“  I’m getting there.

Recently, I handed a new friend twenty dollars to tide him over until his “gubmint” check arrived.  We had become friends that very day but that’s another story.  After thanking me he pointed out, “This’ll buy a lot of  Vienners at the Dollar Store.”

I commented, “And some soda crackers, too.”

As I drove home, I thought, “or buy a lot of Spam…or Potted Meat…or Deviled Ham…which might just be disguised potted meat.”  Nope, I just researched potted meat and wish I hadn’t.  Potted meat is not Deviled Ham.

While I haven’t eaten any of the above in decades, they do hold a warm spot in my heart and as my new friend pointed out, “They’ll hep keep the wolves away.”  I’m also sure they contributed to my 2006 heart attack because as a child I ate a great deal of the highly salted and fatted proteins, what I call “mystery meat”  as in it is a mystery as to what meat parts were used to make it.  I suggest you not read the ingredients if you actually like them.  Ignorance is bliss.

During the summer of my twelfth (12) year, I went to work in the fields alongside my cousins and an uncle.  It’s not like I hadn’t been working in the fields before, this work paid money…mullah…greenbacks…two dollars a day, ten dollars for five early thirty to dark thirty days per week.  Cash money every Friday evening.  Ten brand new Silver Certificates.  There was a caveat.  Two bucks a day plus midday meal.

Two bucks a day plus midday meal to load and haul hay, hoe and pull corn, clean out animal stalls and load their leavings into a manure spreader to…what else…spread manure.  Saturdays, I worked alongside another set of cousins on another uncle’s chicken farm.  The two farms were nothing alike except shoveling poop stinks no matter what animal it comes from and two dollars a day ain’t enough even with the midday meal.   Especially when the midday meal usually consisted of Vienna Sausage or Deviled Ham, soda crackers and a MoonPie or pack of nabs…all washed down from a jug of warm water.  Yummy.

Nabs?  For the uninitiated, nabs is Southern lingo for the National Biscuit Company (Nabisco) which first produced small sandwich crackers usually filled with cheese or peanut butter.  Here in the South, we ate Lance’s, based in Charlotte, North Carolina, or Tom’s from Columbus, Georgia, but we still called them nabs. 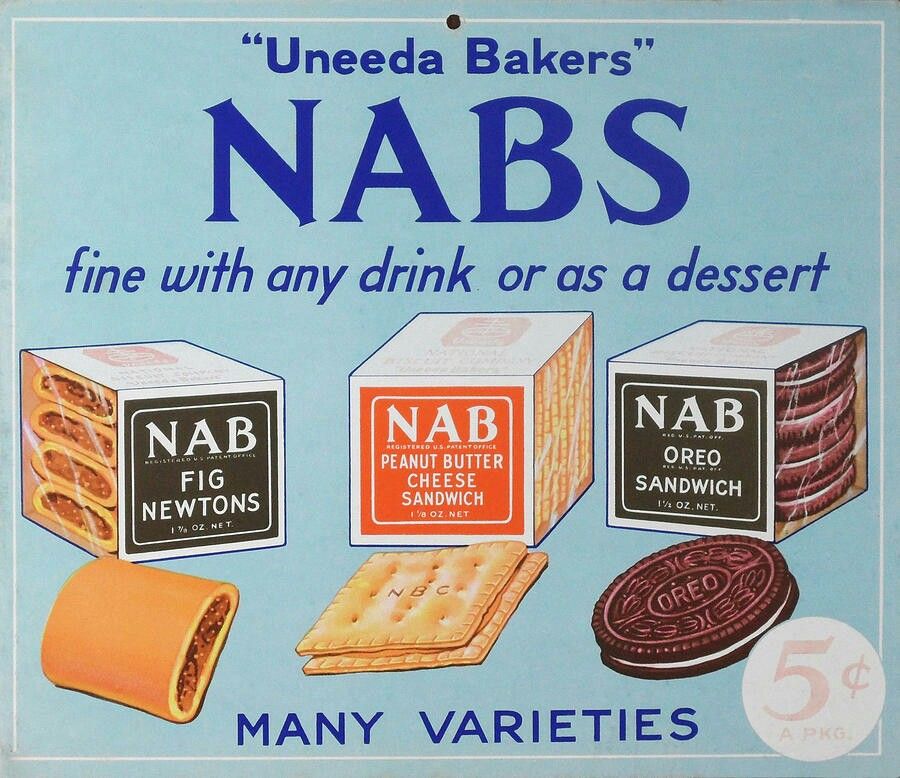 That leads me down another rabbit trail.  Tom’s peanuts and Pepsi Cola.  In the afternoons my uncle would head out to the closest mercantile and bring back a Pepsi Cola, still called a “dope” in my neck of the woods, and a pack of Tom’s peanuts.   Any soft drink was called dope because the original Coca-Cola formula contained cocaine.  Back in the day, Southern soda shops were referred to as “hop joints” and Coke delivery trucks as “dope wagons.”2

For some reason, Tom’s peanuts go perfectly with Pepsi Cola.  I should have said goes perfectly IN a Pepsi Cola.  We’d pour our little bag of peanuts into the Pepsi Cola bottle and consume with gusto.  You could put them in any soft drink, but my choice was Pepsi.  A needed jolt of sugar for energy to get you to dark thirty and the salt from the peanuts helped to replenish what your body had lost as you tried not to die from heat castration 3 in a Southern hayfield.  I don’t know if it contained cocaine but it did seem to refresh you. 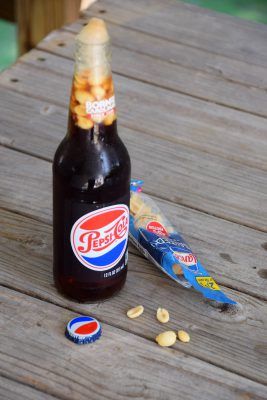 Another Southern staple was the MoonPie.  MoonPie?  I’ve never been enamored by the MoonPie, two huge graham cracker cookies with a marshmallow filling dipped in chocolate…originally.  You can get a MoonPie in many flavors now…banana, double yuk.  Not being enamored doesn’t mean I haven’t consumed a gracious plenty of them.  You eat what you have and what you can afford.

The MoonPie is truly a Southern creation, born in Chattanooga, Tennessee in 1907 at a local bakery.  As the story goes, visiting coal miners asked the owner to create a “man-sized” cookie that could serve as a “workingman’s lunch”.  When asked how big, the miner replied, “As big as the moon.”  We know how it got its name but not how MoonPie became associated with RC Cola, but it seems one cannot be consumed without the other.

How RC or Royal Crown Cola, another Southern creation born in Columbus, Georgia became associated with MoonPie is a depression-era story that has been lost in the mists of time.  For a nickel, each, Southern laborers, textile workers or Kentucky coal miners could afford a filling lunch for a dime.  “An RC and a MoonPie” became a part of Southern culture with no help from advertising moguls.4

Flirting with Southern blasphemy, I said earlier I was never enamored with the MoonPie.  Nothing sacrilegious, I don’t like marshmallows and if I wasn’t drinking Pepsi, I might have a Cheerwine rather than an RC.  Cheerwine…I haven’t had one in years.  Honestly, unless Jack Daniels is in the glass I haven’t had any soft drink in years.

Cheerwine is a cherry-flavored cola produced in Salisbury, North Carolina since 1917.  Sweetened with cane syrup and containing a higher percentage of carbonation, a culture of its own sprang up.  Cheerwine cream-filled Krispy Creme donuts, Cheerwine flavored ice cream, Cheerwine pickles, the base for a barbeque sauce, and my favorite, a cherry, lemon, Sun Drop cola made with Cheerwine. 5

Sun Drop? You don’t know about Sun Drop? A citrus-flavored soda made in Missouri which is almost Southern.

Memories of sitting in the shade of huge water oaks next to the river, the humidity, and heat finding its way into the shade.  Slappin’ to keep the mosquitos from carryin’ you off before you finished your lunch.  At least the Vienna Sausages were warm and the gelatinous gunk has turned into an oily liquid that could be shaken off.  Ooh, I just remembered what the hands holding the sausage looked like.  Well, a bit of dirt or manure never hurt anyone…”ain’t hurt nobody.”

A twelve-year-old doing his first grown-up job, laughing with his cousins, listening to his uncle sing old-timey hymns just before pinning back the twelve-year old’s ears with a language he had never heard before because of something stupid he had done.  Learning lessons needing to be learned.

Learning to drive a tractor and then the big ole flatbed.  Learning you never pick up a bale of hay on the river bottoms without flipping it first.  “How did that moccasin get under there?”

Staring at long rows of corn, hoe in hand.  That sinking feeling that you’re going to be there all day, a long day.

Watching the early morning mist from the river find its way into the bottomland and the sun creep above the water oaks.

The late afternoon thunderheads forming beyond those same water oaks, praying the would wash out the rest of the day…or at least cool it down.

Lessons and memories at the finest…even if the food wasn’t.

Acknowledgment:  I realize Vienna Sausage is not a Southern creation but like all cultures “We ain’t above stealin’ an idea.”

2 “Is it true Coca-Cola once contained cocaine?”  The Straight Dope https://www.straightdope.com/columns/read/384/is-it-true-coca-cola-once-contained-cocaine/

3 Heat Castration:  A non-recognized medical affliction caused by heat and humidity resulting in the “Sweating of one’s testicles off.”

The Illustrating images were all stolen from Pinterest as was the featured image.

Don Miller’s books, fiction, and non-fiction may be accessed at https://www.amazon.com/Don-Miller/e/B018IT38GM