Dateline Philadelphia July 5th, 1776.  Lester Holt’s great, great, great, great grandpa dressed in colonial garb, including powder wig and tricornered hat, is reporting live from outside of the Pennsylvania State House.  “Since learning that twelve of the thirteen British colonies have declared their independence from the English crown, King George III has erupted in a storm of angry twitter posts directed at the Second Continental Congress in general and specifically outspoken members such as Thomas Jefferson, John Adams, his brother Samuel along with Ben Franklin.  The last exchange was just minutes ago with the king tweeting, “I dare you!” and Tom Jefferson responding, “Yo Mama!”  (New York did not sign the original document until later.)

A former student sent me down that pig trail which led me to Alice’s rabbit hole. Tom Meilinger posted, “What would it be like if there were social media in 1776? Would King George and Thomas Jefferson be in a Twitter war? Would British citizens be commenting on how the colonists should find a new colony to move to if they didn’t like the British empire? Would they hope their British nine pin team might lose to another country because someone on it wasn’t a loyalist?”  I wondered too and Tom and I don’t usually agree on much.

Tom triggered a mental vision King George III sitting on a porcelain throne, his considerable girth covered by a gold, terry cloth robe, hammering out angry tweet after angry tweet.  There are some things that can’t be unseen…the mental vision will haunt me for a while. 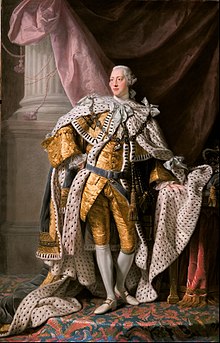 Understand, there was plenty of propaganda that flowed from both sides of the Atlantic during the lead up to our revolutionary war.  I say our revolutionary war because our little skirmish was just a small part of what became a larger conflict, The Anglo-French War.  The difference with propaganda then was that correspondence was considerably slower than our current form.  A month or more to get the news out as opposed to instantaneous. Patriots such as Ben Franklin and Paul Revere created stunning propaganda art including Revere’s copper engraving depicting a highly sensationalized version of the 1770 “Boston Massacre.”  Newspapers, pamphlets, and periodicals on both sides were guilty of sensationalizing any and everything.  Kind of like today only not at light speed. Can you imagine the meme’s that could have been created over the Boston Massacre?  Jackbooted English lobster backs firing on innocent colonists throwing snowballs.  “Just boys liquored up and having a bit of fun.”  Or from the other side, Crispus Attucks dressed in a hoody and portrayed as an “Antifa Thug!”

I doubt King George would be tweeting that there were fine people on both sides and please realize, the Patriots were the Antifa of 1776 or at least the Anti-monarchy…Antima?  See…that could have sparked a heated social media argument…and may still.

Three years later drunken members of the Sons of Liberty would badly disguise themselves as Native Americans and dump chests of “cheap” British Tea into Boston Harbor.  Were they really upset over the Tea Tax or was it that, even with the tax, Britain had undercut the black marketeers?  “How can an honest criminal make a living?”  Tweets would fly.  “How dare they dress as Native Americans?  Racist liberal scum.”  Tweets from loyalists, Royalists, King’s Men, or Tories would fly, only to be returned by patriots, revolutionaries, continentals, colonials, rebels, Yankees, or Whigs.  Pick a name…any name. 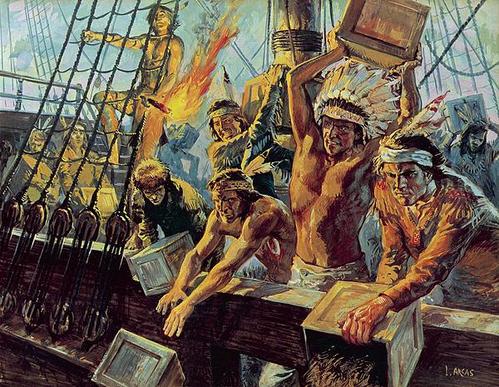 On April 19,1775, Emerson’s “Shot heard ‘round the world” would find its way onto a million Facebook memes as Minute Men sent British Troops packing back to Boston from Concord and Lexington.  King George would tweet, “Bunch of chickens!  Very bad, hiding behind trees.  Real men fight out in the open.”  Thomas Jefferson would counter with “Yo Mama wears combat boots!”

The next eight years would give ample fodder for tweets, Instagram posts and of course Facebook.  Most non-combatants viewed the war as a football game between rivals…except football hadn’t been invented.  It’s okay, neither had social media.

Early on it didn’t go well for the colonists and loyalist could post hateful GIFs, Thomas Jefferson being hung while the loyalist chanted “Shimmy up a toothpick, slide down a pine, look on the scoreboard and see who’s behind”.

Later as the winds of fortune shifted to the continentals, tweets about Patrick Ferguson, the only British soldier killed at the Battle of Kings Mountain, would erupt along with chants like “Chewing tobacco, chewing tobacco, spit, spit, spit, Exlax, Exlax, go team go” or “Don’t come round these here hills stirring up trouble.” 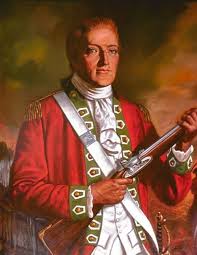 In October of 1783, an end run by the French fleet and Washington’s Continental Army supported by the French under Comte de Rochambeau caught Lord Cornwallis at Yorktown and led to hundreds of tweets about how unfair it was.  “Battles should be fought one on one.”  “Cheaters, cheaters, cheaters.”   “We were having to play against the officials too.”

George the Third was beside himself as he tweeted, “I should have fired Cornwallis after Guilford Courthouse.  He couldn’t find his butt with both hands.  So very sad.”

Yes, Tom, it would be interesting if social media existed in 1776…well…as interesting as it is today.

Don Miller’s author’s page may be found at https://www.amazon.com/Don-Miller/e/B018IT38GM.  Stop by and give him a little love.

Image 4:  Crispus Attucks, one of five killed by British fire during the Boston Massacre http://crispusattucks.org/about/who-was-crispus-attucks/

Image 5:  Sons of Liberty at the Boston Tea Party.  They weren’t that well disguised.  https://chapinus.fandom.com/wiki/Boston_Tea_Party_(Final_Draft)

Image 6:  Patrick Ferguson, the only Briton killed at the Battle of Kings Mountain.  The rest were Loyalist or “Over the Mountain Boys.”  https://www.knowitall.org/photo/major-patrick-ferguson-kings-mountain

Featured Image: Some of the signers, https://www.historyextra.com/period/georgian/why-does-united-states-america-celebrate-independence-day-4th-fourth-july-declaration-holiday/